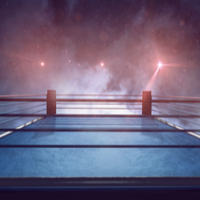 A brave dentist from Honley, Holmfirth, has taken part in a charity boxing match to raise funds to help his daughter and mother in their fight against leukaemia.
Mark Tyzzer-Smith decided to take up boxing after learning that his mother had leukaemia in 2015. Just two years later, Mark’ daughter, Annabel, was also diagnosed with the condition. Mark decided to use his training as preparation for a charity fight, which would be used to generate funds for Cancer Research UK. Just two weeks before Mark’s fight, he found out that his mother’s cancer was terminal.
To get in shape for the fight, Mark underwent an eight-week training programme with Ultra White Collar Boxing, an organisation that offers free training for those fighting in charity bouts.
Mark took an interest in boxing to see what it would like to feel confident getting into the ring and to take a punch “without crying” and when Annabel was diagnosed in 2017, he decided to forge ahead with plans for the fundraising fight. Although he lost the battle at Cedar Court, he raised around £1,500 and his family was bursting with pride.
Annabel is still undergoing treatment, and will have spent two years having chemotherapy by the time she completes the course. Mark said that standing in a ring for a few minutes was nothing in comparison, and Annabel’s courage spurred him on during his training.
Mark has been bitten by the boxing bug, and he plans to continue training and also to press on with fundraising for cancer charities.

This entry was posted on Tuesday, January 29th, 2019 at 9:59 am and is filed under Charity. Both comments and pings are currently closed.