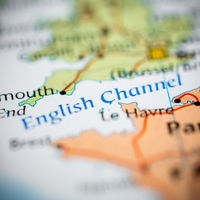 A brave dentist from Sheffield is preparing to swim the English Channel to raise money for dental charity, Dentaid.

Jim Lafferty is aiming to complete the challenge, which involves navigating choppy waters and negotiating currents, between the 9th and 15th of September. The shortest course is 21 miles, but with currents taken into account, Jim will need to swim approximately 25 miles. The temperature of the water is expected to be around 18 degrees.

Jim will be taking on the challenge solo, and he plans to swim alongside his support team, which will be based on a boat called High Hopes. The group, which includes a pilot and a representative from the Channel Swimming and Piloting Federation, will be on hand to help Jim stay hydrated and ensure he has access to food during the challenge. They will also step in if Jim starts to feel unwell or there is a risk to his safety caused by strong currents.

Jim is aiming to raise £5,000 for Dentaid, a charity, which supports and facilitates dental projects in the UK and overseas.

Although Jim has always been a keen swimmer, he admitted that he is approaching the gauntlet with a mixture of emotions. The challenge is exciting, but it’s also nerve-wracking.

Fundraising manager at Dentaid, Sue Smith, said that everyone at Dentaid is extremely grateful to Jim for taking on the swim to raise money for the charity. Jim’s donation will go towards providing dental care for people who desperately need it.

This entry was posted on Monday, September 7th, 2020 at 5:00 pm and is filed under Charity. Both comments and pings are currently closed.