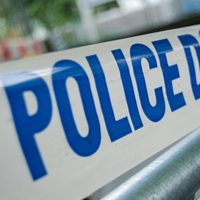 Police officers in Bolton are searching for two male suspects following a fire at a dental laboratory in Farnworth.

Officers believe the incident, which took place at Pristine Dental Laboratory on the 27th December, was a premeditated arson attack. They are looking for two men, who were believed to be inside the premises shortly before a loud bang was heard and flames broke out at the business on Plodder Lane. The males were seen escaping from the rear of the building after the explosion.

Fire crews arrived at the scene quickly, but the laboratory sustained severe damage, according to Greater Manchester Police.

A statement suggests that the two males entered the building at the back. One was wearing a padded jacket with a logo on the left side of the chest and a hood over his head, while the other had a waist-length coat with a fur lining and a badge on the upper part of the left arm.

Detective Sgt Samantha Parry described the incident as a “premeditated arson attack” and added that the explosion had caused considerable damage to the laboratory and the surrounding buildings.

Police officers are now actively pursuing lines of enquiry and asking anyone who has information about the attack to come forward.

The incident happened at 12.20pm on Friday 27th December.

This entry was posted on Thursday, January 2nd, 2020 at 12:13 pm and is filed under Crime. Both comments and pings are currently closed.