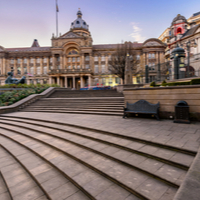 New figures reveal that one in four Birmingham residents have never had an appointment with the dentist.

Four in ten say they’ve not tried to make an appointment for the last two years.

Some say it’s because of NHS charges acting as a deterrent for patients, with dentists admitting charges were designed to discourage attendance.

As part of the research, residents were asked why they’ve not booked an appointment. While 10% said they didn’t think they’d be able to get an appointment, 6% said it was too expensive.

A further 11% have switched to a private dentistry practice instead of the NHS.

This can only be bad news for the health of many people up and down the country. Although the NHS is still generally cheaper than private care, costs for some procedures is still off-putting for many people, particularly those in more deprived areas of the UK.

Chair of the British Dental Association Mick Armstrong said: “We have a broken system that funds care for little over half the population. The guiding principle of NHS dentistry should be improving oral health, not keeping costs down and patients away.”

This entry was posted on Tuesday, October 8th, 2019 at 4:30 pm and is filed under 'Invisible' braces. Both comments and pings are currently closed.