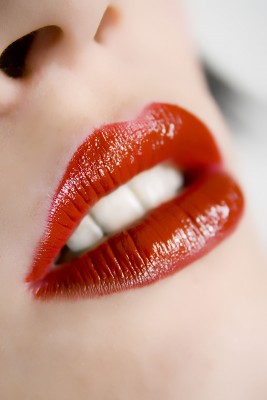 Only dentists or dental professionals working to a dentist’s prescription are legally allowed to perform tooth whitening procedures.

Despite this, thousands of unregistered practitioners are offering the service at lower prices in clinics, beauty salons, tanning shops and hairdressers.

An official investigation into 40 outlets like those listed above has revealed a number are using dangerous bleaching agents that can cause gum damage and blisters.

All forms of whitening gel contain bleach that strips stains from the enamel to expose a new, whiter layer beneath.

Professional teeth whitening by a registered dentist can cost up to £1,000, which is why so many customers are tempted by the cheaper outlets who charge as little as £50 for the service.

Lovelight was another gel seized by the officers. This agent contained more than double the legal limit as well as a substance known as sodium perborate, which is banned in EU cosmetics.

According to EU law, whitening products are only safe to be used by non-dentists if they have a maximum of 0.1 percent bleaching agent. Anything above this limit must only be used by dental practitioners.

This entry was posted on Friday, June 12th, 2015 at 10:02 am and is filed under teeth whitening. Both comments and pings are currently closed.