BDA have 5 seats up for grabs 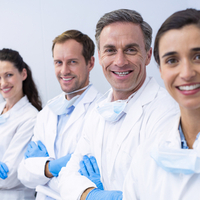 Think you’ve got what it takes to sit on the British Dental Association’s Board? Five seats are now available on the BDA’s Principle Executive Committee.

Each representative will be part of the BDA’s decision making body. With a strong influence over the dental industry, the committee and its members are highly respected individuals within the field. Dentists hoping to take a seat must already be a BDA member in order to stand. They must have been a member from 27th September 2018.

The committee meets five times a year to discuss a variety of topics and the majority of the meetings will last the entire day. All members are expected to contribute to discussions, so a background in public speaking or media is a bonus. However, training is provided if it is thought to be helpful.

Each committee member will receive a fixed salary of £15,000 per annum as well as travel costs covered (to a reasonable degree) for official meetings.

The five seats available are in:

Candidates will be pleased to hear they are able to self-nominate for the regional and nationwide seats.

The ballot closes on the 5th December and newly elected representatives will take their seats on January 1st 2020.

This entry was posted on Monday, October 7th, 2019 at 4:24 pm and is filed under 'Invisible' braces. Both comments and pings are currently closed.