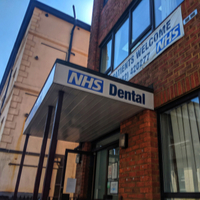 A BBC report suggests that 2 million adults are struggling to see an NHS dentist in England.

Analysis by the broadcaster indicates that 1.45 people have been unsuccessful in getting an appointment with a dentist in the last 2 years, with a further 500,000 either waiting on a list or avoiding the dentist due to cost. In addition, another 2 million people admitted that they assumed they would be unable to get a dental appointment. The figures were taken from official NHS sources.

Leader of the British Dental Association, Dave Cottam, said that the situation represented a “perfect storm of underfunding, failed contracts and recruitment problems.” In the past, there were a few hotspots, which experienced issues with access to NHS dental care, but this is now a much more widespread issue, with patients struggling to get appointments across England. Mr Cottam said that the system was letting those who need it most down and urged the next government to make dental healthcare a priority. Labour has already pledged to banish band 1 treatment fees, which include check-ups and X-rays, and the Conservatives have promised record investments for the NHS in the years ahead.

NHS England has responded to the news, stating that measures have been employed to combat shortages and create more places, and patients have been advised to use the NHS website to find details of services in their local area. The NHS Choices site has information about practices across England that are accepting new adult and child patients.

In some areas, a lack of dental places has contributed to the introduction of council-funded services provided by charities. Dentaid is currently working with NHS England and Kirklees Council to run clinics for patients in West Yorkshire who cannot get a dental appointment.

This entry was posted on Thursday, November 21st, 2019 at 2:09 pm and is filed under General. Both comments and pings are currently closed.