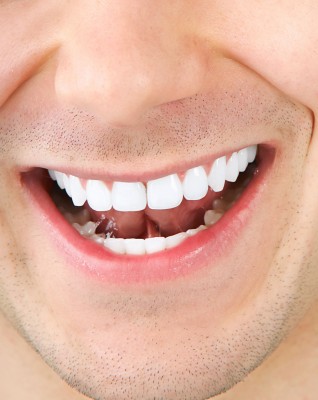 An investigation by the BBC has shed light on the UK’s illegal teeth whitening problem. Undercover 5 Live reporters found that people who are not qualified to provide whitening treatment are doing so, despite the risk of fines and prosecution.

During their research, reporters were even offered illegal treatment by a beauty therapist who had already been fined by the General Dental Council just a few months earlier. Janet Johnstone, a beautician from Manchester, was fined more than £4,000 earlier this year, but when reporters visited her salon in Walkden, they found that she was still offering whitening treatment and it was available for just £50. The undercover reporter was advised to fill in a brief questionnaire and then the beautician instructed them to wear an appliance similar to a gum shield for 13 minutes, move it around and then repeat for another 13 minutes. She told the reporter that she would be nearby, but wouldn’t actually be doing the treatment.

Illegal whitening is an issue that the General Dental Council is determined to tackle. There have already been 24 prosecutions this year, representing a hike from previous years. Offering whitening treatment without GDC registration is illegal under the Dentists Act 1984, which states that all dental services must be provided by people who have the relevant expertise, qualifications and GDC registration.

Whitening is considered a safe treatment, but only when administered by a trained dentist. There are risks and some people may not be suitable candidates for treatment, a factor that would be identified during a consultation prior to treatment. Undergoing treatment illegally could result in damage to the teeth or gums and increased sensitivity.

If anyone is suspected of providing illegal treatment and GDC investigations prove this, they are liable to prosecution.

In her defence, Mrs Johnstone said that she merely sold whitening kits, which were available at other beauty salons, high street shops and pharmacies and offered a room to hire for treatment.

This entry was posted on Tuesday, September 22nd, 2015 at 9:31 am and is filed under teeth whitening. Both comments and pings are currently closed.