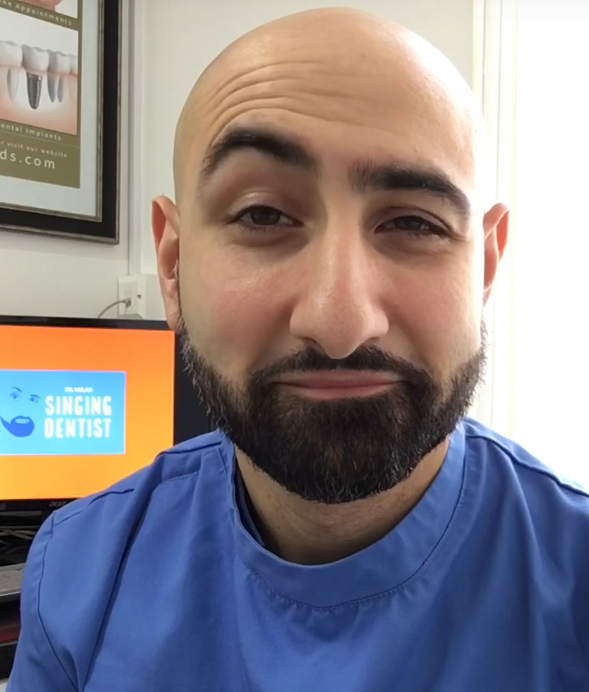 Dr Milad Shadrooh became an overnight Internet sensation last year, when his dental parodies sent YouTube and Facebook into a spin. Since then, Milad has used his new-found fame to try and raise awareness of dental health issues, raise money for charity and encourage people to take more interest in their oral health. He has appeared on TV and radio shows, and featured in magazines.

Now, Milad has sent the Internet into overdrive again with a cover of Ed Sheeran’s best-selling hit, Shape of You. Featuring lyrics like ‘Girl you know you need to brush, twice a day then get that floss in between’, Milad offers a tooth-friendly alternative to the chart-topper’s smash hit.

Milad has been blown away by the reception to his dental-themed songs, and he’s really pleased that people are taking the time to watch the videos, share them with their friends, and hopefully, learn some valuable lessons along the way.

This entry was posted on Friday, February 24th, 2017 at 5:00 pm and is filed under celebrity dentistry. Both comments and pings are currently closed.