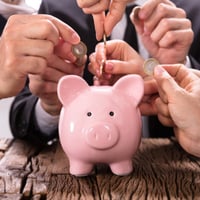 An appeal launched to raise money for a Cambridgeshire man who was attacked on New Year’s Day has raised thousands of pounds. Jordan Dyball was assaulted in an unprovoked attack while making his way to a friend’s house in Manea after celebrating New Year’s Eve at the local pub.

Jordan was walking home with his partner, Samantha and some friends and had stopped to talk to a team mate from the village football squad he bumped into en route when he heard shouting and started to run. The attacker approached from nowhere and assaulted the father of two, leaving him on the ground struggling to get his breath. Jordan has little recollection of the incident and can only remember seeing people looking down on him when he was lying on the floor. Police officers believe that he was either kicked or hit in the head, which caused him to fall heavily.

The attack left Jordan needing urgent dental treatment. He lost one tooth, another is severely chipped and one was snapped in half. Having been referred to Peterborough City Hospital’s oral and maxillofacial department, Jordan now faces a bill of up to £6,000 for two dental implants. This kind of work is not covered by the NHS and this is why Jordan’s sister, Lora, set up a crowdfunding page.

The appeal to pay for Jordan’s new smile has already attracted a lot of attention and thousands of pounds have been raised. The couple had only recently moved to the village of Manea, but have already made a lot of friends and locals have been very supportive and generous.

This entry was posted on Wednesday, January 8th, 2020 at 5:03 pm and is filed under Crime. Both comments and pings are currently closed.