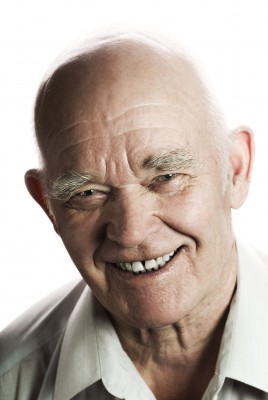 The family of a 99-year-old man have spoken out after he was told he would have to pay for private dental treatment because there was no space on the local NHS practice’s register.

Frank Glithro, who is due to celebrate his 100th birthday next month, was told that he would have to pay to see a private dentist after dropping his bottom set of teeth in the toilet. Mr Glithro’s daughter, Pauline Mackie, contacted the local surgery to try and arrange an appointment for her father, but was told that there were no appointments available and her father would have to see a private dentist.

On the NHS, treatment should have cost £250, but Mr Glithro is now facing the prospect of paying out £600 for private treatment.

Before the incident he had not been to the surgery for 3 years, yet assumed that he did not need to because he had not experienced any problems with his dentures. His daughter Pauline said that she was completely unaware that he would have any problems getting an appointment at the surgery and was disappointed to hear that her father would have to pay such a large amount. She said that he worked hard all his life and is now being “penalised.”

A spokesman for the Faversham Dental Practice said that the practice was unable to take on any more NHS patients because it did not have the capacity; however, it would be possible for Mr Glithro to be treated at Herne Bay Dental Practice as an NHS patient.

This entry was posted on Friday, September 27th, 2013 at 10:45 am and is filed under General. Both comments and pings are currently closed.