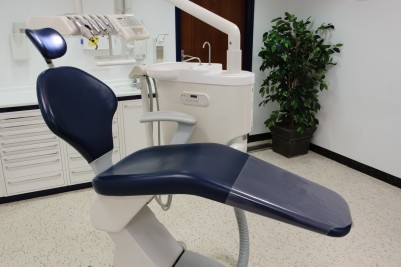 An ambitious dentist has realised his dream of running his own dental practice following the acquisition of a dental surgery in Woodbridge.

Andreas Zeck has plenty to smile about after purchasing 21 Church Street thanks to assistance from the Royal Bank of Scotland. Dr Zeck qualified in Germany and has spent the last seven years working in associate roles in the UK. Now, he is looking forward to a new adventure as a business owner.

Dr Zeck has grand plans for the surgery. He has already introduced a range of cosmetic dental services and hopes to add another dentist to the team in the coming months. There are also plans to renovate the building and modernise treatment rooms, waiting areas and the reception.

He thanks RBS for making the move possible and said it was a dream come true to have his own practice in a town he loves.

Dr Zeck recently appeared in the local press with Tracy Westley, a senior healthcare manager at the Royal Bank of Scotland. Ms Westley said that RBS was keen to support local businesses in the Sussex area and congratulated Dr Zeck on his wonderful news.

The practice currently has around 1,100 patients on the books. This includes a mixture of private patients and those who have Denplan cover.

This entry was posted on Wednesday, July 20th, 2016 at 2:51 pm and is filed under General. Both comments and pings are currently closed.