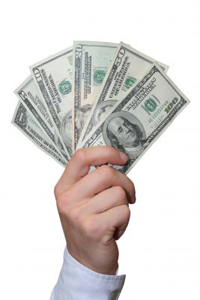 A growing number of Albertans are flocking to British Columbia to take advantage of lower dental fees, it has been revealed.
Dentists in the south of the region have reported an influx of patients from Alberta looking to escape high prices. Dr Jeff Dolinsky, from Golden Dental Centre, is one of those who have noticed a sharp increase in the number of Albertan patients enquiring about fees over the border. Dr Dolinsky said that it was incredibly rare for people to travel or treatment in the past, but over the course of the last two years there has been a noticeable increase in patient numbers from Alberta. At his practice, which is just 264 kilometres from Calgary, the dental team is treating at least two Albertan families per week.
The main reason Albertans are making the journey is to save cash. Recently, Dr Dolinsky saw a patient who had been quoted $60,000 for treatment, which he was able to do for around $40,000. The practice has recently taken on another dental hygienist in line with the growing demand for treatment.
Prices for dental services have soared in Alberta since the Alberta Dental Association and College ceased to publish a recommended price guide for dentists in the state in 1997. Research suggests that prices have increased at a much faster rate than other areas of the country and many people in Alberta are now aware that they’re paying over the odds in comparison with other regions. When there is a significant difference in price, it makes sense to make the journey over the border. Most people don’t have hundreds or thousands of dollars lying around to pay for dental services.

This entry was posted on Friday, July 15th, 2016 at 8:51 am and is filed under Dentistry abroad. Both comments and pings are currently closed.