Adelaide student drops out of college due to dental issues, as public waiting list crisis deepens 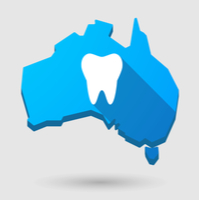 A student from Adelaide has been forced to drop out of college due to dental issues. Nikki Torpy, 17, has been on a waiting list for dental and orthodontic surgery for the last four years, and is unable to cope with her symptoms any longer.

Nikki was told by orthodontic specialists at Adelaide Dental Hospital that she needed a procedure to realign her top and bottom jaws four years ago, yet she is still waiting for treatment. For years, Nikki has battled complications and side-effects, and recently, she made the decision to leave college because she couldn’t face doing her course whilst suffering from breathing problems, frequent sinus and ear infections, and sleep apnoea.

Nikki is currently one of 430 children awaiting orthodontic treatment, according to the SA Dental Service. More than 200 of those children will be required to wait more than 2 years for the treatment they need.

Talking to ABC News, Nikki said that she had got to a point where her medical and dental symptoms were making it impossible to concentrate, and this made being in school incredibly difficult. Nikki’s family cannot afford to pay for private dental care, and she said the whole situation is frustrating. The procedure, which Nikki was supposed to have years ago, would relieve her symptoms, and she could have continued at college and prevented endless months of pain and suffering. Nikki receives NDIS funding for a hearing problem, which is linked to a build-up of fluid in the sinuses, but she needs dental treatment to alleviate her other symptoms.

Paula Torpy, Nikki’s mother, said that after waiting years already, Nikki was given the impression that the procedure would be carried out at the beginning of 2019, but she has now been informed that surgery will not be possible before next year. Paula is now concerned that Nikki will have to join the adult list, which is even longer. The family has been told that a shortage of beds at the Royal Adelaide Hospital is contributing to delays

This entry was posted on Friday, August 9th, 2019 at 8:47 am and is filed under Australia. Both comments and pings are currently closed.