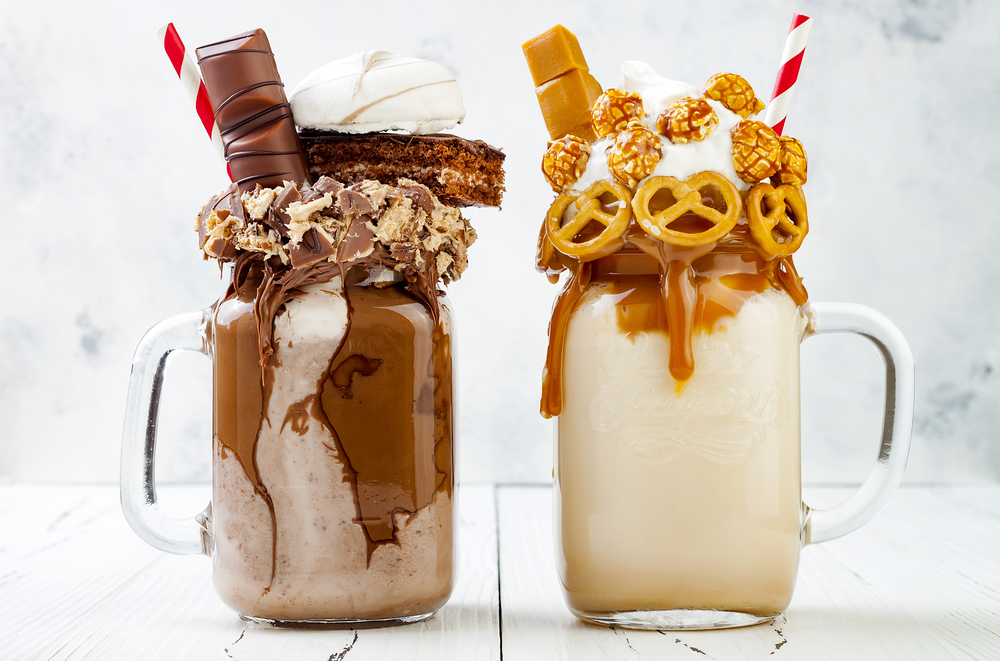 Action on Sugar has called for a ban on milkshakes and ‘freakshakes’ that contain more than 300 calories. The campaign group has suggested banning high street restaurants and fast food outlets from selling calorific shakes that are laden with sugar.

Research conducted by Action on Sugar suggests that many of the shakes that are available in popular chain restaurants and cafes contain “grotesque levels of sugar.” Freakshakes are a new form of milkshake, which have become something of a sensation thanks to the popularity of sites like Instagram. They contain basic milkshake ingredients plus biscuits, chocolate, sweets, cream, sauce and sprinkles.

The campaign group’s research revealed that Toby Carvery’s Unicorn Freakshake was the worst offender available on the high street with a whopping 39 teaspoons of sugar per shake. This equates to six days’ worth of sugar for a 7-10-year-old based on current daily recommendations. Five Guys’ Banana and Chocolate Shake wasn’t much better, with 37 teaspoons of sugar. This is the same quantity as four cans of cola.

The research team, which is based at Queen Mary University of London, found that all 46 products surveyed would be given a red label for sugar content, and many contained more than half the recommended calorie intake for the average adult.

In light of the research, Action on Sugar has called for labelling to be mandatory on restaurant and café menus to make people more aware of the sugar content. It is believed that people would think twice about ordering sugar-laden foods and drinks if they were aware of the calorific value and the quantity of sugar per serving.

This entry was posted on Wednesday, November 14th, 2018 at 4:30 pm and is filed under Oral health. Both comments and pings are currently closed.