A third of Fife children still have tooth decay, despite major improvements 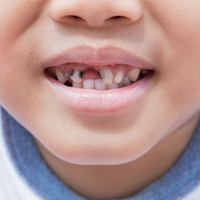 There have been major improvements in standards of oral health among Fife’s children in the last decade, but the latest statistics suggest that there is still a long way to go.

Since the Childsmile initiative was introduced in 2006, rates of tooth decay have fallen significantly, but figures show that almost a third of children in Fife still have signs of dental decay. The number of children with a missing, filled or decayed tooth has fallen by over 50% since 1987, but Fife’s director of public health, Dona Milne, suggested that there is work to be done still. Preventative programmes have been hugely successful, but 30% of children in the city are still suffering from a condition that is almost always preventable.

The goal is to continue investing in dental programmes and encouraging parents and children to adopt healthy oral habits. The rate of registration has risen, and the latest figures show that Fife tops the list for the highest sign-up rate. Currently, 93% of children in Fife are registered with a dentist. While the numbers are positive, Ms Milne suggested that more needs to be done to address inequalities, with more than 1,200 children in the bottom fifth of the deprivation index not signed up with a local practice.

In her annual report, Ms Milne recommended a collaborative approach to target youngsters who are slipping through the net and ensure they are able to access local NHS dental services.

This entry was posted on Friday, June 21st, 2019 at 3:54 pm and is filed under Children's Dentistry. Both comments and pings are currently closed.