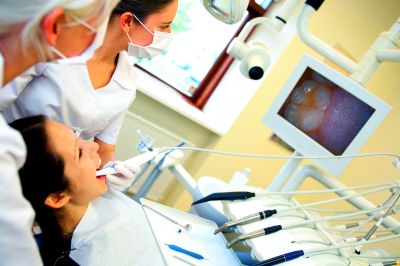 It’s that time of year when the shops are decked out in sparkling lights and decorations and every store competes to offer the best deals and the most unique gift ideas, but a recent survey has shown that Christmas shopping is so stressful that a third of Americans would rather go to the dentist than do their festive shopping. A survey, which involved more than 1,000 Americans, showed that one in three would rather have dental treatment than brave a trip to the shops at Christmas time.

Research conducted by Gamelt, a shopping app, revealed that 33 per cent of participants would rather have root canal treatment than go Christmas shopping every day for a prolonged period of time. Of the participants, the hatred of festive shopping was most ardent among Southerners, men and people aged over 55 years old.

Bryce Johnson, founder of the app, explained that the figures from the survey suggest that around 100 million Americans dread Christmas shopping. Mr Johnson said that he agreed with a third of the participants, suggesting that he would far rather have molars extracted than have to ensure endless days of Christmas shopping.

This entry was posted on Monday, December 15th, 2014 at 11:04 am and is filed under General. Both comments and pings are currently closed.