1 in 3 Brits are putting off dental visits due to cost, new survey reveals 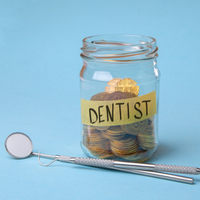 A third of British adults are putting off dental visits as a result of cost, a new survey has revealed.

Research conducted by the Oral Health Foundation found that 36% of adults are delaying going to the dentist in a bid to save money. This figure is almost double that of 2017, suggesting that more people are struggling to cover the cost of dental care.

Chief executive of the Oral Health Foundation, Dr Nigel Carter OBE, has urged the government to review NHS dental fees, which have increased in England year on year in recent years. In April, charges rose by 5%, with the cost of a routine check-up now over £22. Dr Carter suggested that increasing costs is counter-productive, as patients avoid going to the dentist, which ultimately increases spending on treatment. Missing out on routine appointments increases the chances of developing decay and gum disease, which are more expensive to treat. Dr Carter also stated that pushing fees up would hit the poorest members of society hardest and increase the size of the gap in standards of dental health between deprived areas and more affluent communities.

The poll revealed that younger people are most likely to miss out on dental appointments due to financial reasons, with just under 60% of 18-24 year olds admitting that they don’t go to the dentist frequently to save money.

In light of the study findings, the charity is calling for the government to start bringing the cost of dentistry down to make it more accessible to all patients. Investing in routine appointments and prioritising preventative care will ultimately save the NHS money at the same time as improving standards of oral health.

This entry was posted on Wednesday, August 21st, 2019 at 11:40 am and is filed under General. Both comments and pings are currently closed.